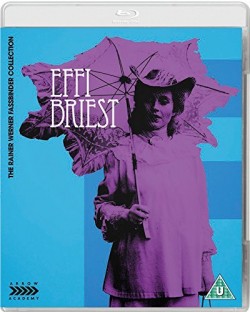 Rainer Werner Fassbinder had been wanting to adapt Theodor Fontane s classic German novel Effi Briest ever since he first picked up a film camera. Originally intended to be his feature debut, the project took years to get off the ground and finally surfaced in 1974, in the process becoming his most expensive production to date as well as one of his most ambitious.

Dubbed the German Madame Bovary , Effi Briest tells of a seventeen-year-old girl (played by Hanna Schygulla) who is married off by her parents to a wealthy Baron (Wolfgang Schenk) more than twice her age. Lonely and dissatisfied, she seeks solace in the companionship of her husband s friend, Major Crampas (Ulli Lommel).

Fox and His Friends & Chinese Roule